News You Can Use:

Canvassing Opportunities are Available in District 21

New volunteers are paired with an experienced partner who can take the lead while you learn the ropes. An easy-to-follow script is provided, making knocking on doors a breeze. Canvassing is primarily about solidifying our supporters so that they come out to vote and so we only visit houses with registered Democrats or no party preference. 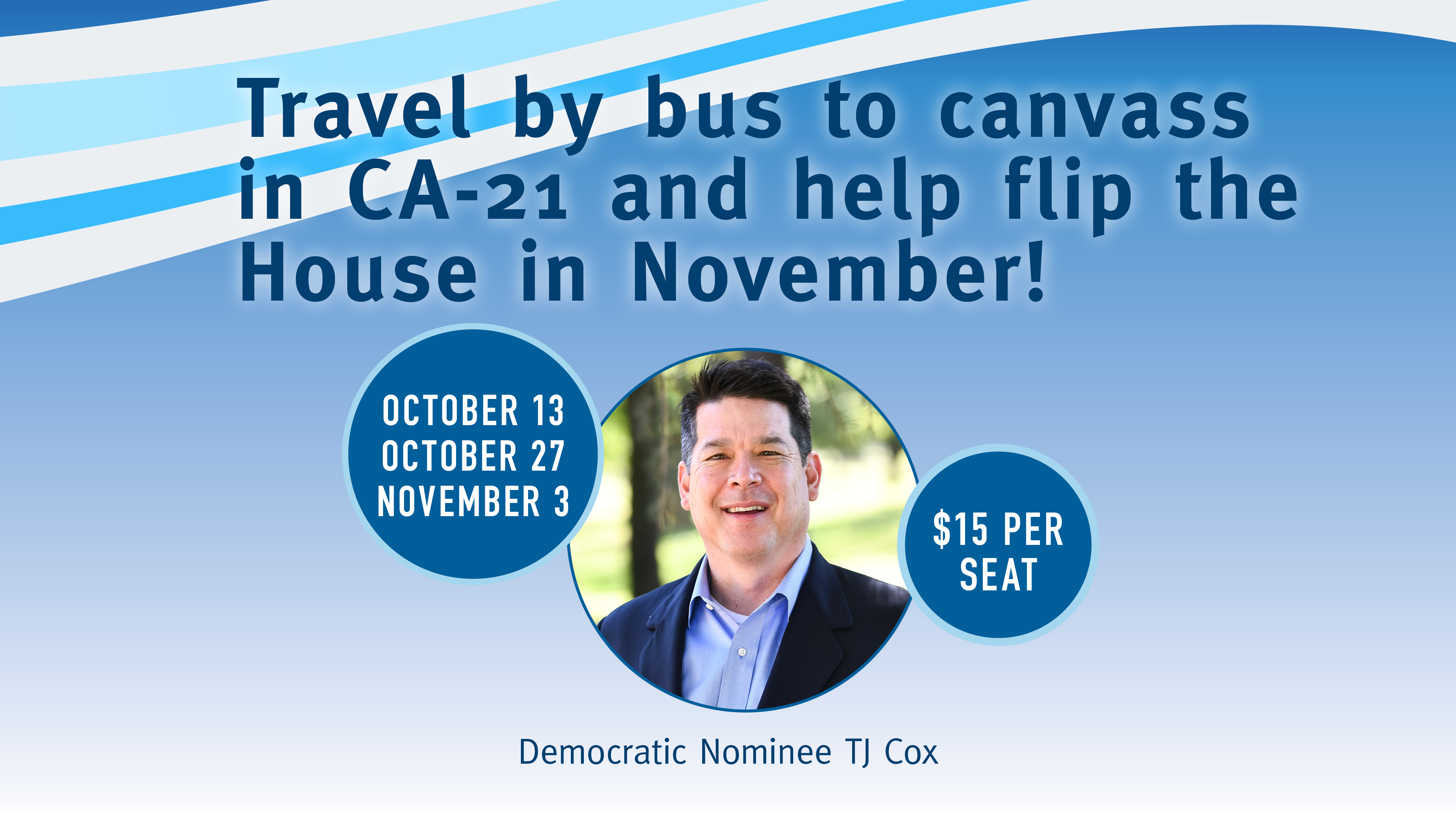 You can find additional events in CA-21 by following this LINK.

It’s a miracle Congressman Valadao is still in the House. This is the most Democratic district in California represented by a Republican, and it’s not even close. Clinton beat Trump by more than 15 points in this district, and Democrats vastly outnumber Republicans here. Valadao voted against protecting LGBT Americans from workplace discrimination, and he’s consistently voted for cuts in the Medicaid program despite almost half of his constituents depending on it for their health care needs. It should come as no surprise that he’s afraid of his constituents, as he’s refused to hold a town hall this year.

Congressman Valadao has consistently voted against Medicaid, yet:

Congressman Valadao has consistently voted against the Supplemental Nutrition Assistance Program (SNAP), which helps families in need provide healthy food for children and seniors, yet:

Congressman Valadao voted dozens of times to repeal the Affordable Care Act, even though it has contributed to a substantial increase in the number of insured CA-21 residents:

Congressman Valadao has accepted $49,200 from the NRA.

How You Can Reach Congressman Valadao:

Volunteer to Help Flip the CA-21

Commit to Flip Blue is partnering with Working America to flip California’s 21st congressional district.  CA-21 is in the San Joaquin Valley, the southern half of California’s Central Valley.  The
district includes all of Kings County, and portions of Fresno County, Tulare County,
and Kern County.  It is one of the largest congressional districts in the state.
Approximately 700,000 people live and work in the district.

On February 24, we’re organizing a canvass in Coalinga (it’s the closest spot to the Bay Area and quite reachable for folks in the South Bay).  Will you join us?

The travel time is shorter for our volunteers in Salinas or Monterey area because they can head south on Hwy 101:

Sign up online for any of our canvases (CD 10 or CD 21) à https://www.workingamerica.org/centralvalley/volunteer .

And you can sign up directly for the Coalinga canvass here  à https://actionnetwork.org/events/volunteer-with-working-america-cd-21