Because David only talk... 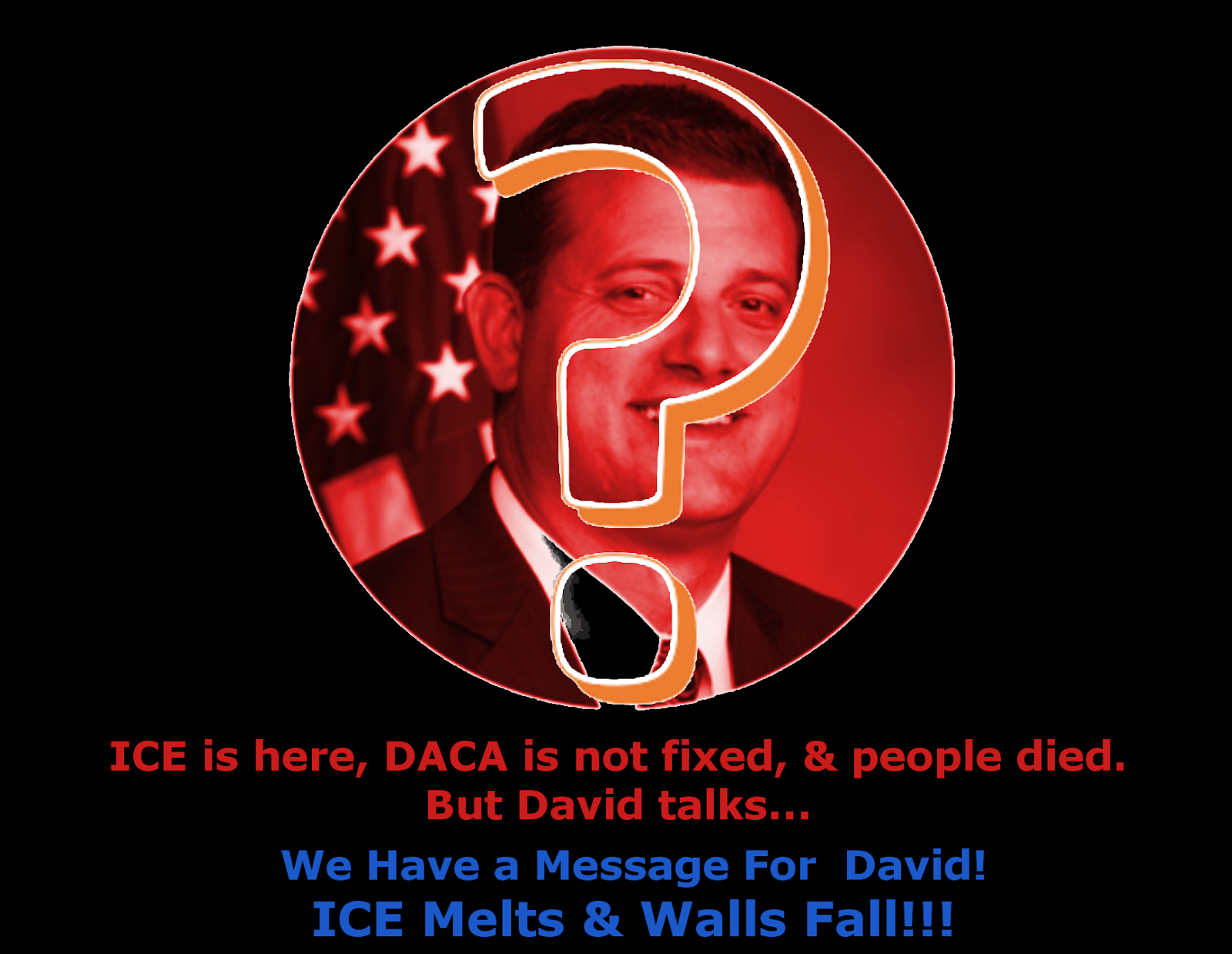 News 21
A farmer’s plea
“Unfortunately, crops and agriculture tend to be the pawns in this, and I would say, we can’t be. This is our business. So much of what we  do goes overseas, we need a coherent trade policy that allows us to do business, allows our customers to buy the product that we have.  That’s what we want, that’s what we need and that’s what we’re looking forward to.” (Jim Zion, managing partner at Meridian Growers  in Fresno, Calif.)

Shared worries - The recent ICE sweep of arrests has sent fear through the Central Valley where for generations immigrants -- legal and undocumented --  have picked crops, and farmers have relied on them. T​he sweeps have been particularly concerning because they included the arrests of  people not specifically targeted by ICE.     The concern extends to farmers, who fear more sweeps will drive away labor at a time when some are already struggling to get enough  workers to pick the crops. “They’re not going to be replaced by American workers,” said Manuel Cunha Jr., president of Nisei Farmers  League, which represents agricultural employers throughout the state.

New playbook - Trying to find their voice as their “resistance to the resistance,” California Republicans are taking on the state’s sanctuary laws. John  Thomas, a strategist who is running a GOP congressional campaign in Orange County, said his research shows that framing opposition to  sanctuary policies as supporting local law enforcement gains support among nonpartisan voters.    Casting sanctuary as a law and order issue “is a way to hold on to the suburban voters, who are the swing voters of 2018,” said Louis  DeSipio, professor of political science and Chicano studies at UC Irvine.

Duty bound - “Young Americans are absolutely taken advantage of because we don't get out and vote," said David Hogg, 17, a Stoneman Douglas  senior and an organizer of the March for Our Lives rally last month. "What we're doing here is bringing voting beyond just, 'Oh, it's your  civic duty,' but into a cultural thing among teens…. We're making it a badge of shame if you don't get out and vote."

Sign up, right here
Starting April 16, 2018, eligible applicants completing a driver license, identification (ID) card or change of address transaction online, by  mail or in person at the DMV will be automatically registered to vote by the California Secretary of State, unless they choose to opt out  of automatic voter registration. (Note: ​California has one of the lowest voter registration and voter turnout in the country​).